You may have already read our previous post here about Shine's Pablo Caif & Graham Polley being nominated to become 'Google Developer Experts' (GDE). Well, today Shine are proud to announce that both guys have been officially awarded the braggable title of GDE, and we'd like to congratulate them... 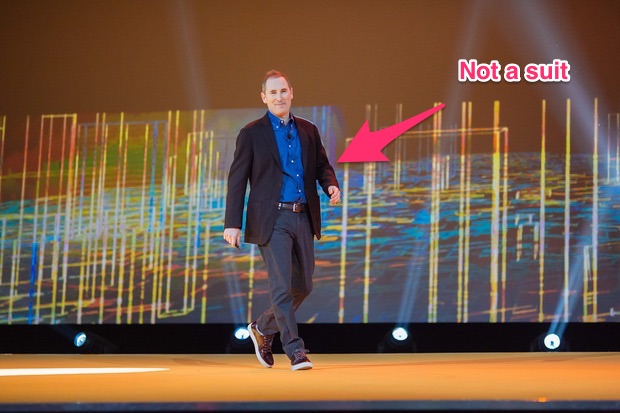 Too cool for a suit, not cool enough for jeans and a t-shirt[/caption] Last week I attended the fourth re:Invent conference for Amazon Web Services in Las Vegas. During four days I got to hear some new announcements, gain insights into specific technologies and gauge the mood of the AWS ecosystem. Reflecting on the week, there is one theme that resonated with me: AWS has its eyes on the Enterprise. Andy Jassy (SVP Web Services) himself talked about the phases of adoption of the cloud, from initial use in development, to cloud-native web applications, and finally 'all-in' migration of core systems. Given that adoption in the enterprise has already been significant in the first two phases, AWS's focus has shifted to assisting the last. So how are they going to do it? A combination of enterprise-friendly services and partnering. Let's talk through the major new announcements.
14 October, 2015 / 0 Comments

Shine are delighted to announce that our very own Pablo Caif, and Graham Polley have both been nominated to become part of the Google Developer Expert program! Becoming an expert, means undergoing a stringent evaluation and interview process, as well as being nominated by a Google employee,... 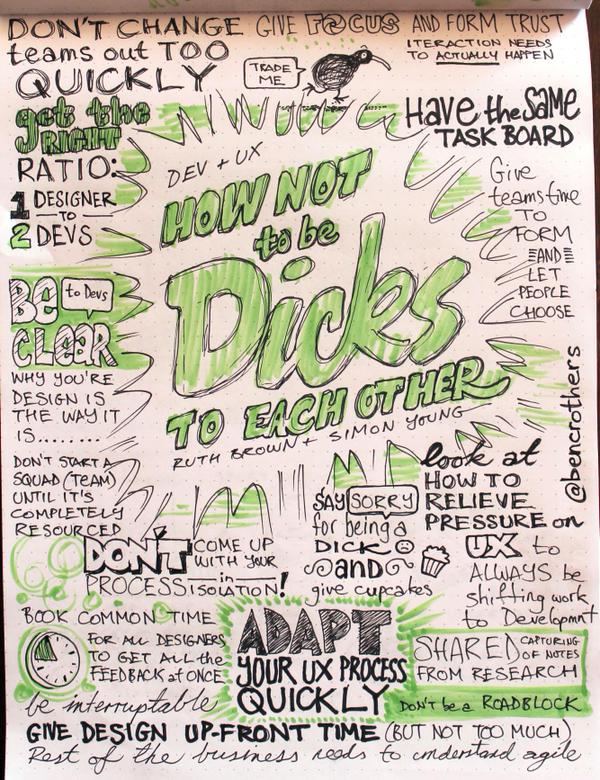 Image with permission by @bencrothers[/caption] Last month I had the opportunity to attend the Agile UX conference in Sydney.  A one day conference, run by UX Australia, the topics centred around "designing great user experiences within an Agile environment”.  For me, as a non-UX practitioner, my goal was a greater insight into some of the challenges that others in the UX field are facing.
29 April, 2015 / 1 Comment

Shine is proud to have been awarded the Computerworld Data+ award for our work with Google BigQuery.  The innovative work is a great example of using great technology to deliver business benefit.  You can see the write up of the award here: http://www.computerworld.com/article/2598539/shine-technologies.html Congratulations to the Shiners...

Several years ago, Shine launched its first AWS EC2 instance. We quickly discovered that the main difference with using AWS wasn't the obvious cost and uptime improvements. What we realised instead was that AWS would change the way we would approach the development and deployment life...

Shine Technologies website on AWS Asia-Pacific Region on Day One

Shine Technologies are big fans of AWS.  We are even a Consulting Partner.  So it is with great pleasure that we are now able to use a local region - the Asia Pacific Region that was announced today. To show our commitment  we have moved our existing...

My name is Mark. And I like rich clients. There, I said it. I don't like web applications. I never got Gmail as an interface. It never quite worked the way I wanted it to. I like eBay as a service, but not as an experience. Over... 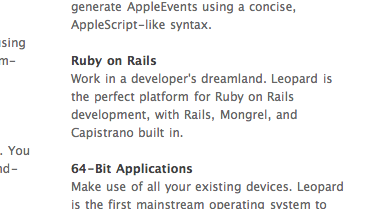 After having gone through the pain of installing Ruby on Rails on my MacBook Pro running Tiger (OS X 10.4) I was pleased to see that Leopard (OS X 10.5) ships with Rails 'pre-installed' and ready to go. So, after I upgraded my installation on Friday night I was perplexed when trying to run my Rails apps. Why was it broken? In the end, it turns out there were several problems.
19 November, 2007 / 0 Comments