Post update: My good friend Lak over at Google has come up with a fifth option! He suggests using Cloud Dataprep to achieve the same. You can read his blog post about that over here. I had thought about using Dataprep, but because it actually spins up a Dataflow job under-the-hood, I decided to omit it from my list. That’s because it will take a lot longer to run (the cluster needs to spin up and it issues export and import commands to BigQuery), rather than issuing a query job directly to the BigQuery API. Also, there are extra costs involved with this approach (the query itself, the Dataflow job, and a Dataprep surcharge – ouch!). But, as Lak pointed out, this would be a good solution if you want to transform your data, instead of issuing a pure SQL request. However, I’d argue that can be done directly in SQL too 😉

Not so long ago, I wrote a blog post about how you can use Google Apps Script to schedule BigQuery jobs. You can find that post right here. Go have a read of it now. I promise you’ll enjoy it. The post got quite a bit of attention, and I was actually surprised that people actually take the time out to read my drivel.

It’s clear that BigQuery’s popularity is growing fast. I’m seeing more content popping up in my feeds than ever before (mostly from me because that’s all I really blog about). However, as awesome as BigQuery is, one glaring gap in its arsenal of weapons is the lack of a built-in job scheduler, or an easy way to do it outside of BigQuery.

That said however, I’m pretty sure that the boffins over in Googley-woogley-world are currently working on remedying that – by either adding schedulers to Cloud Functions, or by baking something directly into the BigQuery API itself. Or maybe both? Who knows!

But until they do, let’s do a quick recap of the options you have right now to schedule a job in BigQuery, shall we:

GAS is a nice enough way of doing it. You don’t need to maintain anything. It’s – dare I say it – a completely serverless solution (*murmurs from the crowd at the use of the latest buzzword*). However, when you write your GAS application, it’s inherently tied to your personal Google account, and not a service account. That’s a big no-no for production systems.

“using a cron is usually an admission of failure“

Using GAE is also a decent workaround. Again, there’s nothing to maintain – yippee! But in my opinion, it’s an overly heavyweight solution to a very simple problem. Kind of like cracking an egg with a sledgehammer. And you need to pay for GAE running 24/7.

The last option, spinning up a GCE instance and using a good ‘auld cron, isn’t that bad either. But, there’s something to maintain, and it’s so 2017. Anyway, as someone eloquently put it to me recently: “using a cron is usually an admission of failure“. Fair enough.

Yet another option to consider (I’m sorry)

Recently, I was working with the Google Cloud Storage (GCS) transfer service. It’s a simple mechanism for GCP users to automate the copying of GCS buckets/objects (and S3 too). I noticed that, in addition to performing a one off execution of the transfer job, you also have the option to schedule daily executions. That’s kind of neat, and it got me thinking – if you can schedule an object to be copied each day from a bucket, could that be used as the trigger for a Cloud Function that runs a BigQuery job?

Well, of course it can silly! And, here’s how it works:

“it got me thinking – if you can schedule an object to be copied each day from a bucket, could that be used as the trigger for a Cloud Function that runs a BigQuery job?”

OK, so it’s a rather crude workaround, and misusing a tool isn’t really a cool thing to do. But, why not use the other tools on the stack to plug the gap until a better solution is available. Just like using GAS, there’s nothing to maintain, but it’s got the added advantage of not being tied to your personal Google account. The Cloud Function uses a proper service account to execute. So, when your company gives you the boot for deploying this workaround, at least your scheduled BigQuery job will live on in your honour even after they delete your account. High-five!

Let’s do this thing

I’m going to skip holding your hand through the first four steps (creating the GCS buckets). If you can’t create two buckets, and upload an object, then you probably shouldn’t be reading this post. Or using a computer.

Instead, let’s jump straight to step five, and create a Cloud Function to execute our BigQuery job. You’ll be glad to know you can copy and paste the code below, or if you prefer, grab it from GitHub here. You’ll need an index.js file that uses the Node.js library to run your BigQuery job (the Cloud Function):

Note the first if statement. It’s checking for two things: the first is the type of event that was received. We are only going to be interested either a new or updated object, and not a delete event. The way we check for that is by checking the resource state being equal to exists.

Secondly, remember I said I’d explain why we created that trigger folder? Well, this is it. Because we’re going to use the same bucket to host the Cloud Function and to trigger on, we don’t want to be firing on new versions of the Cloud Function being uploaded to it. So, we check that the name of the object in the event contains triggerin it. Easy-peasy-lemon-squeezy!

You’ll also need a package.json file to declare the dependancy on the BigQuery module:

Now, deploy your cloud function like so (you need to be in same dir as index.js and package.json). Change parameters to suit you sir:

Now you’re ready to create a scheduled transfer service. Navigate to GCS in the console, and select ‘Transfer‘ from the left side menu. Configure the transfer to copy from faking-it-source to faking-it-destination. But pay attention folks! Here’s the trick: make sure you select the option to ‘Overwrite destination with source, even when identical‘: 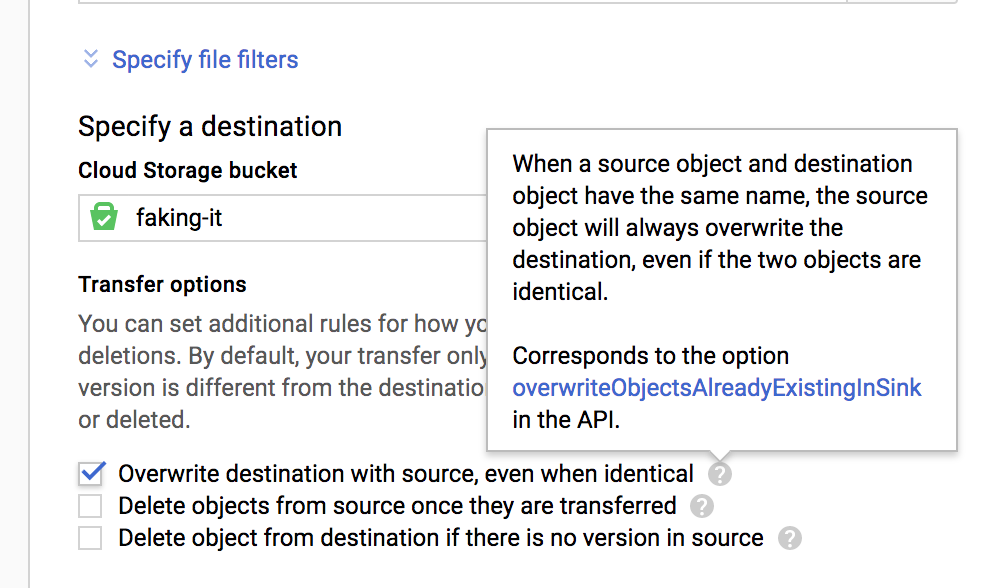 This tells the transfer service to copy the object even when it already exists in the destination bucket. This is now our trigger for the Cloud Function. Woop!

Select a time that you’d like it to run, or from a few minutes from now so that you can test it without having to wait (you can edit the configuration afterwards to the actual time you wan it to run daily):

If you’ve followed my instructions to-a-tee, you should see everything working when the transfer kicks off:

Now, that only proves that it worked initially when the object was copied over from faking-it-destination to faking-it-source. However, it will still work in subsequent runs. But, don’t just take my word for it. I tend to be wrong about things a lot. So, go ahead and run it again to make sure it triggers when the object already exists.

But if the job fails, how will I Know?

The astute readers of you will most likely have noticed that when the job/query is successfully submitted to BigQuery, the Cloud Function immediately returns. For those not paying attention in class, here’s the snippet where that happens:

All jobs run async in BigQuery. But, what if you want to check if your job succeeded or not? Well, you’ve two options:

The latter is my preferred choice. It’s easy. Here’s how:

First create a metric from the following filter (you filter by the service account email so you don’t get spammed when you’re writing dodgy SQL in the UI and running lots of queries) : 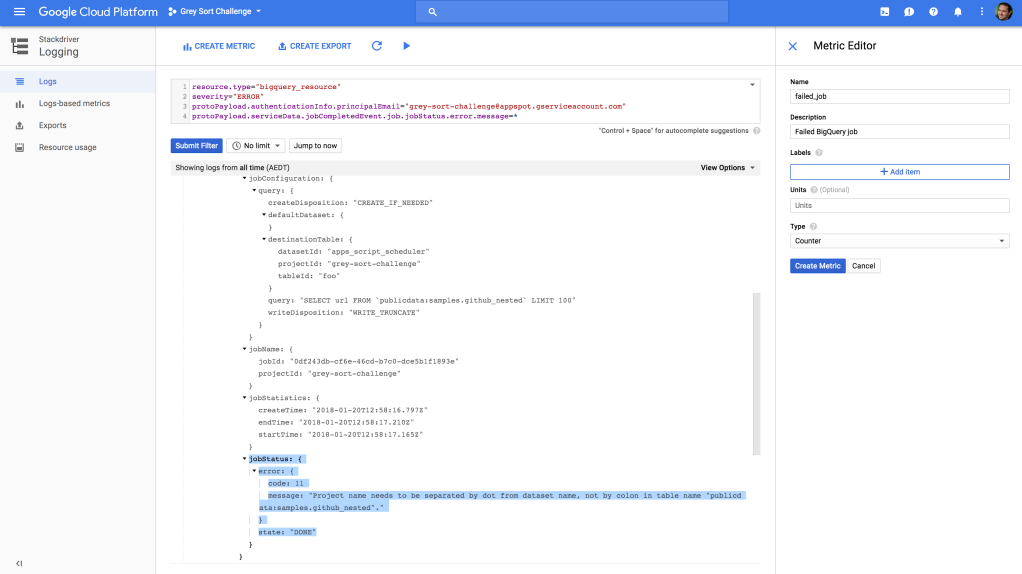 Save it as a metric, and then create a Stackdriver Alert from it: 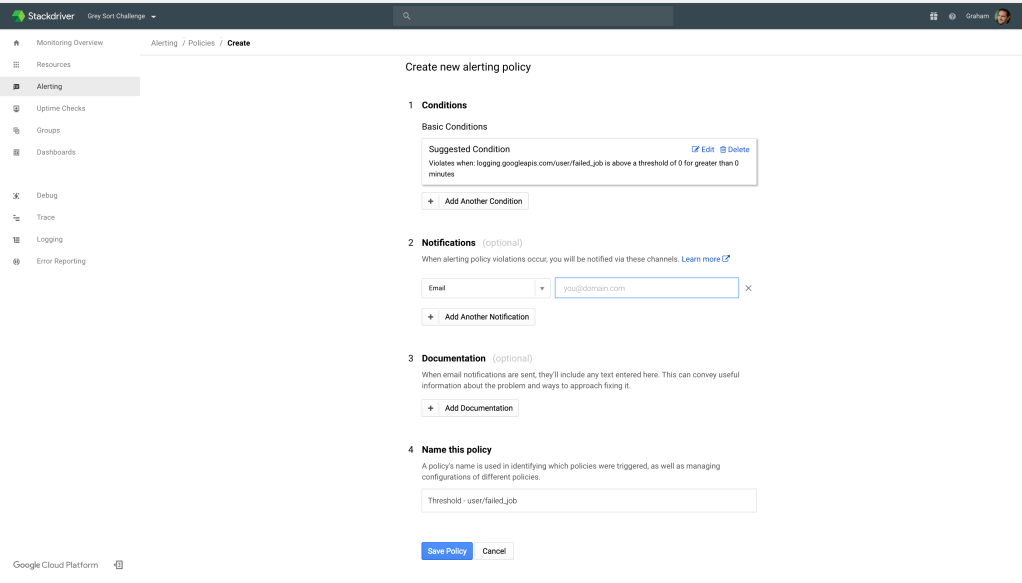 Boom! You’re done. You’ll now be notified when your BigQuery jobs fail first thing in the morning as you’re sipping your skinny-soy-latte.

Time for some contemplation 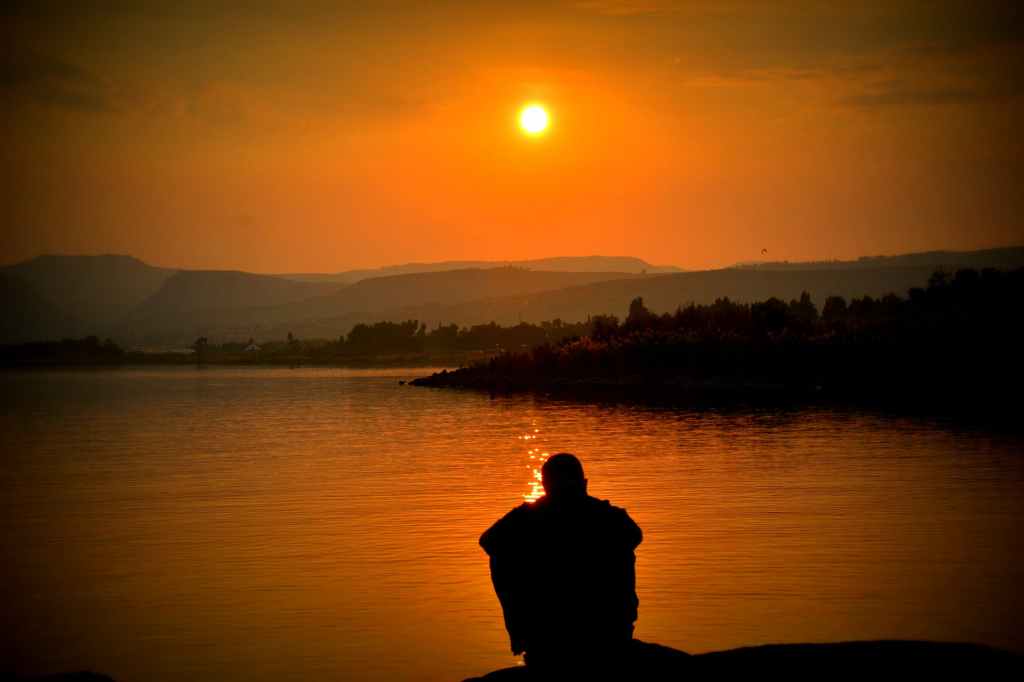 That’s now four options you have for scheduling BigQuery jobs. I’ll be the first to admit that it’s not a beautiful solution (what workaround is though). However, it’s serverless, and an absolute walk in the park to set up. It’s also fully automated, and can scale too. You’d need a bucket anyway to host your Cloud Function, so having one more to host the dummy object/trigger isn’t the end of the world, now is it. Just make sure you don’t go deleting it (you could set up a Stackdriver alert to fire in case someone does accidentally).

Now, before I run off to try and think of a fifth way of doing this, I should probably mention this. Annoyingly, you can only configure the transfer to run once a day. If you need to run it N times a day, then your only option is to create N transfer configurations. Luckily, there’s an API, so you can script something up and not need to make a gazillion clicks in the console to make this happen. This gives you more time to waste e.g. surfing the internet and reading my other blog posts.

Finally, when scheduling for Cloud Functions does arrive then all you’ll need to do is delete the GCS  dummy bucket (and transfer service job), and because you’ll already have your Cloud Function written, then setting a scheduler on it will be a doddle.

Have fun my fellow BigQuery’ians.